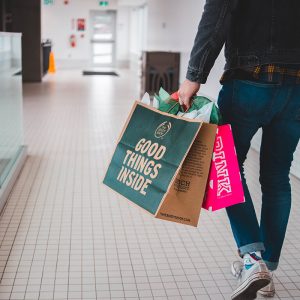 Many brick-and-mortar stores have begun the transition to open back up. Certain states have eased their stay-at-home measures amid COVID-19, which means retailers have quickly ramped up their reopening measures.

Recently, multiple large-scale companies have released statements of their plans to reopen or changes that will be made during this shift. With a few states beginning the first phase of this process, many brick-and-mortar stores are looking towards potential next steps.

The venture into the reopening chapter will be a decision that all companies will soon have to make, but here’s a few that have already started this transition:

Express:
The company expects to reopen approximately 300 of their locations before Memorial Day. Few stores have already opened in North Carolina and Georgia, but as more open their doors the brand plans to “take a phased approach with the pace and staffing calibrated to mall traffic and consumer demand,” said CEO Tim Baxter.

Walgreens:
Walgreens, deemed an essential business, has been open during the current pandemic, however they have been operating under temporary hours. On May 5 the pharmacy announced its plan for all stores nationwide to resume standard operating hours. Certain stores in markets with curfews will continue to abide by those rules during this time.

Nordstrom:
Nordstrom is making plans to reopen, in a “phased approach.” The company will be making various changes before reopening, such as fewer fitting rooms, no beauty makeovers, plexiglass dividers at checkouts, and a limited number of customers allowed in stores. Nordstrom will not open all their stores at once, but rather keep an eye on the current environment in each location and then make the decision for opening.

Best Buy:
In a recent press release, Best Buy announced their future reopening plans. While they didn’t provide an official date, they did say they are planning to welcome customers into their stores soon. And once they do, they will offer “innovative ways” that follow social distancing rules and use protective measures to welcome customers. They also said that any in-store shopping during the initial reopening phase will be by appointment only.

Macy’s:
Macy’s announced their plans to reopen 68 of their stores in the next week in a “phased approach.” CEO Jeff Gennette said he predicts that all 775 Macy’s stores will be back open and running in six weeks from now if the Coronavirus infection rates continue to dwindle. The company is also making changes to their shopping experience in order to ensure safety, such as limiting fitting room try-ons and suspending “spa-like” services.

Ulta:
Ulta Beauty stores remain temporarily closed; however, the company is starting to ease back into business. Around 350 of their stores will now be offering curbside pickup. This will be an add-on to the company’s buy-online-pickup in-store policy that has been in place since the beginning of the pandemic, used for beauty essential items. Ulta’s CEO Mary Dillon has said they are working diligently to ensure they can welcome all their customers and associates back to their stores soon.

Gap:
Gap Inc. prepares to open 800 of its Old Navy, Athleta, Gap, Banana Republic, Janie and Jack and Intermix stores by the end of this month. The openings will start in a small selection of stores in Texas. In a press release, the brand noted “our approach to reopening balances the fact that taking care takes time, with the urgent need to restore the economy and provide the opportunity for our teams to come back to work.”

With time, additional retailers will be more open towards the choice of opening back up. The demand for brick and mortar store openings has been on the horizon and will only continue to rise. In fact, consumers admitted that they are ready for stores to open their doors.

With that, malls have begun their reopening process as well. Simon Property Group announced their game plan to open 49 of their malls across 10 states. At SREG we have followed in a similar pursuit, opening malls across Georgia, South Carolina, and New Hampshire.

With reopening plans, all stores and malls will have to follow in accordance with the latest federal and state guidelines for health protocols. Doing so will ensure a brighter, safer future is ahead for shoppers.