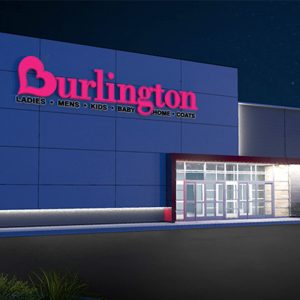 Back in March, Burlington announced that they would be shutting down their e-commerce site. For the off-price retailer, citing an average of $12 per unit, it was nearly impossible to be successful online.

“This is consistent with what has actually been happening over the last several years. E-commerce has been growing rapidly and bricks-and-mortar off-price retail has been growing in parallel. In the categories where we compete and at the low price points that we offer, e-commerce is much less effective or competitive in meeting the needs of value-oriented shoppers,” said Michael O’Sullivan, Chief Executive Officer at Burlington.

The retailer showed significant improvement throughout their third quarter, marking the only quarter that nearly all of their stores were open. However, Burlington’s fourth quarter has been off to a weaker start than they hoped. Despite this, the company continues to stay optimistic for the future – with strong beliefs that their consumers will still be looking for the best deals, even after the pandemic is over.

While some shoppers may migrate to e-commerce options for convenience, others will take note of the advantages of off-price retail and the “treasure hunt” shopping experience it provides.

“[W]e anticipate that other shoppers, value-oriented shoppers, will find their way to off-price,” O’Sullivan said.

About Burlington Stores, Inc.
Burlington Stores, Inc., headquartered in New Jersey, is a nationally recognized off-price retailer with Fiscal 2019 net sales of $7.3 billion. The Company is a Fortune 500 company and its common stock is traded on the New York Stock Exchange under the ticker symbol “BURL.” The Company operated 769 stores as of the end of the third quarter of Fiscal 2020, in 45 states and Puerto Rico, principally under the name Burlington Stores. The Company’s stores offer an extensive selection of in-season, fashion-focused merchandise at up to 60% off other retailers’ prices, including women’s ready-to-wear apparel, menswear, youth apparel, baby, beauty, footwear, accessories, home, toys, gifts and coats.

For more information about the Company, visit www.burlington.com.