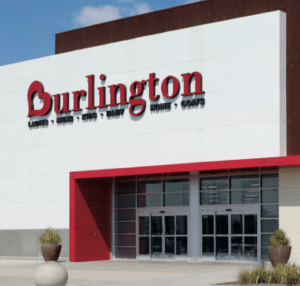 The off-price retailer became the first in its industry to launch an online presence with purchasing options in 1999. However, their online sales represent .05% of the company’s total revenue. It seems that consumers favor shopping from Burlington’s brick-and-mortar stores rather than online when it comes to off-price retail.

O’Sullivan shared a few reasons for the company’s decision to shut down online sales during a fourth quarter conference earlier this week.

The first being that Burlington’s average price per unit is about $12. “When you fully account for merchandising, processing, shipping, and accepting returns, it’s very difficult to make those price points.”

O’Sullivan also pointed out that there are “very significant restraints” to create the off-price “treasure hunt” in an online environment that consumers are looking for. And that “brick-and-mortar moderate off-price retail has continued to power ahead and gain share.”

The data behind this decision is a justification all on its own. “Our top-line growth in the last three years has averaged about eight percent per year driven by our brick-and-mortar stores,” said O’Sullivan.

O’Sullivan has high hopes for the future and believes in the power of Burlington’s off-price model. “Our strategy is to even more aggressively execute the off-price model. The off-price sector is winning, and we intend to become an even stronger off-price retailer,” the CEO stated.

Burlington Stores Inc. released a press release with the following data from their 2019 fourth quarter:

About Burlington Stores, Inc.
Burlington Stores Inc., headquartered in New Jersey, is a nationally recognized off-price retailer with Fiscal 2018 net sales of $6.6 billion. The Company is a Fortune 500 company and its common stock is traded on the New York Stock Exchange under the ticker symbol “BURL.” The Company operated 726 stores as of the end of the third quarter of Fiscal 2019, inclusive of an internet store, in 45 states and Puerto Rico, principally under the name Burlington Stores. The company’s stores offer an extensive selection of in-season, fashion-focused merchandise at up to 60% off other retailers’ prices, including women’s ready-to-wear apparel, menswear, youth apparel, baby, beauty, footwear, accessories, home and coats. For more information about the company, visit www.Burlington.com.