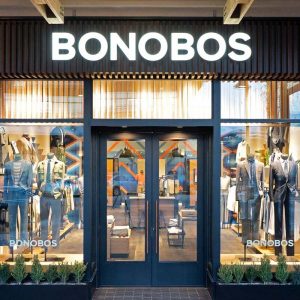 Throughout the past decade, e-commerce retailers have attempted to disrupt the brick-and-mortar space. And later down the line, many of them have now found themselves expanding physically and embracing brick-and-mortar elements.

When it comes to growth, profits (and survival) – a physical focus is a must-have for all retailers in 2022. The common frictions of e-commerce alone have proved brick-and-mortar’s overall longevity in today’s market.

It is now a common practice for digitally native brands to start out in the e-commerce space and then open up brick-and-mortar locations. This is mainly due to the fact that physical stores still account for nearly 90% of all retail sales.

The pandemic created a clear pathway for pure-players to open physical stores for marketing and customer acquisition purposes. They are just as essential now (if not more) as they were 20+ years ago – whether it’s a physical store or a shop-in-shop.

Here are 12 digital-first retailers that have embraced brick and mortar:

After starting out as a direct-to-consumer brand, Adore Me made plans to open as many as 300 stores. Recently, they have been acquired by Victoria’s Secret, which will prove to be their biggest venture into physical retail yet.

Allbirds has been growing its global footprint over the past few years, with now over 50 locations.

After having some trouble financially from the pandemic, the suitcase and luggage brand partnered with Nordstrom to introduce 13 pop-up stores.

By partnering with Walgreens, the subscription beauty service has attempted to pull themselves out from underground with physical retail as a key element.

Casper’s popularity online solely ended, and the brand found themselves partnering with brick-and-mortar retailers such as Nordstrom and Target. After adding dozens of company stores, the company has scored a wholesale deal with one of their key competitors, Mattress Warehouse.

The digital-first beauty brand expanded into brick and mortar pre-pandemic, and has now been re-establishing that presence. However, Glossier’s biggest deal of the year is their new-found partnership with leading beauty retailer, Sephora.

Lively has added a handful of physical store locations after launching as a sole DTC brands. Change is signaled to be afoot for the retailer.

After a slow push into brick and mortar, the retailer now runs several stores in major cities and malls.

Another seemingly reluctant pure player that made the move into the physical landscape. After opening and closing stores pre-pandemic, the online furniture and home goods retailer has officially planned stores with key players AllModern and Joss & Main.

An eyewear brand now well-known in the physical space, Warby Parker has opened stores and formed partnerships with retailers since 2013, shortly after starting out as solely digital player. More recently, the company has turned to long-term plans for optical retail, launching eye exams and contact lenses. Warby Parker plans to expand its footprint to total of 900 stores.