NRF Webinar with Hilton CEO: The future of travel and hospitality, and impact on retail 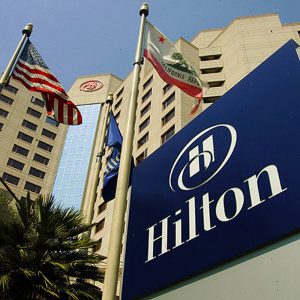 As we strive to get past these turbulent times, the future of travel and retail may have similar pathways. Hilton’s President and Chief Executive Officer, Chris Nassetta, shared his outlook on the fate of the hospitality industry during NRF’s weekly Retail Leadership Series webinar.

The core of both travel and retail is the people — without them, neither would exist. The Hilton prides themselves and their decisions on understanding and protecting their people, both those in the business and their customers. This is incredibly important in all parts of the industry, especially right now. Customers want to know that the places they are going to are safe and offering the highest standards possible.

According to Nassetta, he believes that the hospitality industry will work its way up to where it was before the pandemic, however, it’s going to take three to four years. The demand for experiences in both travel and tourism will be the same once enough time passes. This past year was Hilton’s best in overall capacity rates and revenue, said the CEO. They plan to meet those same numbers eventually as demands rise, with desires increasing among people to venture out for work and leisure. In the meantime, they are taking this opportunity to strengthen their business model and plan ahead.

We’ve seen similarities in the retail industry to the pent-up demand that Nassetta had discussed on the webinar. For stores that have reopened, sales numbers are stronger-than-expected, and customers are returning to malls quicker than we initially anticipated. CRE is also showing healthy signs of turnaround. At SREG, we strongly agree with Nassetta’s perspective. We realize that it may take a little while to work back up to where we were before, but eventually those numbers will rise. Brick-and-mortar retail will return, and when it does it will be better than before, with more advancements in tech, cleanliness and safety precautions added.

Before the pandemic, the Hilton had heavily invested in technology within their hotels – using things such as contactless check-in, keyless entry and more. This leaves more control in the customer’s hands and has helped Hilton be ahead of the curve for today’s current landscape. Using an omnichannel method and investing in technology has proven to be very successful across industries, including retail and hospitality. When crises arise, it is important to have multiple channels for customers to allow for an easier recovery afterwards. It also helps to use this method to meet consumers demands that are constantly changing and evolving.

Nassetta ended the webinar by touching on the importance of face-to-face interaction. Building real relationships are so important in both industries. “You can’t run companies on Zoom,” the CEO noted. Virtual conversations are only effective to a certain extent. Ultimately, customers want to be treated like humans, with a reliable and friendly experience from the places they visit. This messaging matches ours exactly — the importance of real human experience has never felt more important than right now.

About Hilton
Hilton (NYSE: HLT) is a leading global hospitality company with a portfolio of 18 world-class brands comprising more than 6,100 properties with more than 971,000 rooms, in 119 countries and territories. Dedicated to fulfilling its mission to be the world’s most hospitable company, Hilton welcomed more than 3 billion guests in its 100-year history, earned a top spot on the 2019 World’s Best Workplaces list, and was named the 2019 Global Industry Leader on the Dow Jones Sustainability Indices. Through the award-winning guest loyalty program Hilton Honors, more than 103 million members who book directly with Hilton can earn Points for hotel stays and experiences money can’t buy, plus enjoy instant benefits, including digital check-in with room selection, Digital Key, and Connected Room. Visit newsroom.hilton.com for more information, and connect with Hilton on Facebook, Twitter, LinkedIn, Instagram and YouTube.

About National Retail Federation (NFR)
The National Retail Federation, the world’s largest retail trade association, passionately advocates for the people, brands, policies and ideas that help retail thrive. From its headquarters in Washington, D.C., NRF empowers the industry that powers the economy. Retail is the nation’s largest private-sector employer, contributing $3.9 trillion to annual GDP and supporting one in four U.S. jobs — 52 million working Americans. For over a century, NRF has been a voice for every retailer and every retail job, educating, inspiring and communicating the powerful impact retail has on local communities and global economies.