Pandemic, store closings and opportunities — the writing of a new retail chapter 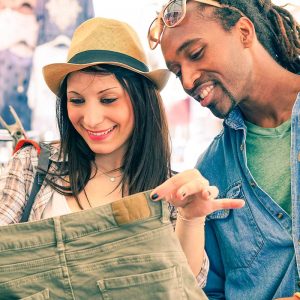 A new retail chapter is upon us. With physical stores opening their doors across the country, retail is quickly making a comeback.

Although we’ve begun a new phase in the industry, this doesn’t mean the previous one is over. There have been serious repercussions and economic effects from COVID-19. We are still in the middle of a pandemic, but that doesn’t mean we can’t have our eyes set on a future that is better and brighter. We’ve seen firsthand a retail rebound that has drawn significant optimism across our portfolio.

There have been many predictions of the demise of retail, and as we know it — this is false. There’s a significant lack of evidence that backs this up.

Long-term trends in retail and commercial real estate have proven that vacant spaces will eventually be occupied. And, many successful e-tailers, such as Amazon, Warby Parker, and Casper have expanded into physical locations because they realize the potential of brick and mortar. Retail sales have also grown over the past decade (over May and June especially) and will continue to reach new heights for the predictable future.

E-commerce has increased just recently due to the shutdown of physical stores, but with it comes a significant rise in costs — such as online ads, shipping, delivery, returns and packaging. Online shopping may have its advantages while the crisis is still prominent, but it won’t last forever. Surely these costs and the environmental effects will show that e-commerce is only a temporary fix to shopping habits, and that the real answer is in brick-and-mortar retail.

“It’s just another part of the retail life-cycle turning over,” stated Camillo Spinoso, Leasing and Business Development Associate at SREG, on a recent conference call. “As a company we’re doing new deals across the board, contrary to public and media-reported industry headlines. Some are going to step up and take advantage of the opportunities, there’s no doubt in my mind.”

Retailers will need to continue to reinvent the game for themselves, even after this is all over. Instead of using a crisis like this as an excuse to surge change, they will need to do it on their own to keep consistently growing. Many retailers are just now adapting an omnichannel model, which has almost become a necessity in order to survive. These have been choppy waters for everyone, but if retailers always stay one step ahead, they will have an easier time navigating these times instead of fighting to catch up.

So, what does all this mean for the future of retail? Honestly, the answer is still unknown. But, one thing is for sure — the current pandemic will serve as a source of innovation for the foreseeable future. As we enter a new retail landscape, we can only hope that brands will continue experimenting with physical spaces and aggressively pushing the envelope. This will allow us to make waves in the industry as we begin this next chapter.