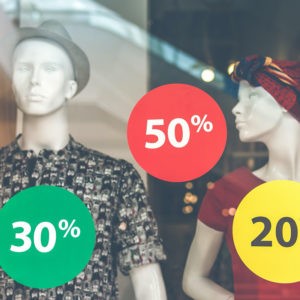 Retailers are opening far more stores than they are closing, according to a report by IHL Group, which challenges the notion that physical retail is in decline. This year retail chains and restaurants are opening some 4,000 more units than they are closing, and next year that gap will widen to 5,500, reports Franklin, Tenn. based IHL, a global research and advisory firm for the retail and hospitality industries. Retailers account for 1,326 of these openings this year.

“The negative narrative that has been out there about the death of retail is patently false,” said Greg Buzek, founder and president of IHL Group. The so-called “retail apocalypse” makes for a great headline, but it’s simply not true. “Roughly 4,000 more stores are opening than closing among big chains, and when smaller retailers are included, the net gain is well over 10,000 new stores.” In total, retail and restaurant chains are adding about 14,200 units and closing roughly 10,100, IHL says.

For every chain with a net closing of stores, 2.7 companies are adding them, according to the report, titled Debunking the Retail Apocalypse. “And only 16 chains account for nearly half (48.5 percent) of the stores closing.” Of those 16, only five chains — Ascena Retail, Payless ShoeSource, RadioShack, Rue21 and Sears Holdings, represent 28.1 percent of closings.

Mass merchandisers, including value and off-price chains, are the fastest growing retail category, rolling out 1,905 stores this year. Convenience stores come in second, with 1,700 units, and in third place are grocery stores, which are adding 674 supermarkets this year. Specialty apparel is the segment that is worst hit, with a net loss of 3,137 stores, but even there, for every company closing stores, 1.3 chains are opening them.

“Of all retailers, 42 percent are increasing their net store counts.”  43 percent will be keeping their number unchanged, and only 15 percent will end the year with fewer stores. “Without question, retail is undergoing some fundamental changes,” said Buzek. However, retailers that are focusing on the customer experience, investing in better training of associates and integrating IT systems across channels will continue to succeed.

For its research, IHL reviewed 1,800 chains with an excess of 50 stores each in the U.S.